As research continues, we are finding more and more uses for cannabis and cannabinoids.  In fact, research has shown that these plant chemicals work better as a whole, then as singular purified chemicals.  The concept of the “entourage effect” was introduced in 1998 by Israeli scientists Shimon Ben-Shabat and Raphael Mechoulam. The theory is that cannabinoids within the cannabis plant work together through a network of coincidental relationships as part of a greater organism and affect the body in a mechanism similar to the body’s own endocannabinoid system. Basically, these compounds work better together than in isolation1. 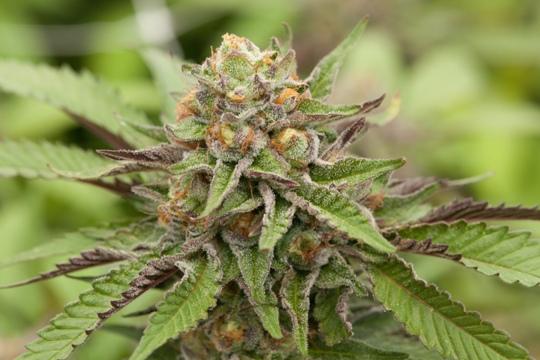 Research on the benefits of THC and CBD in isolation is already well established. THC demonstrates analgesic, anti-emetic, and anti-inflammatory properties. CBD possesses anti-psychotic, anti-seizure, and anti-anxiety properties. However, evidence is mounting that by isolating these cannabinoids or creating them in a lab, that the resulting effects may have limited therapeutic use. Marinol is a pure, synthetic form of THC. When the drug was first introduced in the mid-80s, it was thought it would have the same effect as the cannabis plant as a whole. However, most patients were not responding the same as when THC is consumed by smoking or ingesting naturally-grown cannabis. Researchers realized that other compounds, such as CBD and various terpenes, play a larger role than previously realized.
As part of our commitment to the Cannabis Industry, helping to expand the research of new cannabinoids and offering our clients the ability to quantify these important and unique chemicals, we are proud to introduce the expanded Cannabinoid Testing Panel, to cover the six additional analytes below.
NORMAL CANNABINOID PROFILE:
THC; THCA; CBD; CBDA; CBG; and CBN
EXPANDED PROFILE NOW AVAILABLE:
Cannabidivarin (CBDV) – CBDV is a non-psychoactive cannabinoid and is a homolog to cannabidiol (CBD). CBDV has been studied to have anticonvulsant effects and is being developed to treat epilepsy2,3.
Delta-8-Tetrahydrocannabinol (8-THC) – 8THC is an analogue to THC and exhibits antiemetic, anxiolytic, appetite-stimulating, analgesic, and neuroprotective properties. This cannabinoid shows a lower psychotropic potency than 9THC4,5.
Cannabigerolic Acid (CBGa) – CBGa is the precursor to ALL cannabinoids found in cannabis. CBGa does not produce psychoactive effects and some researchers believe CBGa could treat certain types of cancers and schizophrenia6,7.
Cannabichromene (CBC) – CBC is another non-psychoactive cannabinoid found in cannabis. It is the source of research for its potential in anti-inflammatory, antinociceptive, antibacterial, and anti-fungal properties, although further research is needed to confirm these properties8.
Tertrahydrocannabivarin (THCV) – THCV has less psychoactive effects compared to THC and is being considered as a potential treatment against obesity-associated glucose intolerance. A scientific study published by the American Diabetes Association9 looked into the efficacy and safety of both THCV and CBD on patients with type 2 diabetes. The researchers involved in the study mention that THCV significantly decreased fasting plasma glucose, stating, “These findings suggest that THCV may represent a new therapeutic agent for glycemic control in subjects with type 2 diabetes.”
COMING SOON:
Tetrahydrocannabivarinic Acid (THCVa) – THCVa is a non-psychoactive cannabinoid and the precursor to THCV. THCVA holds promise as a pain reliever and key contributor to the potential anti-cancer properties cannabis may offer. THCVA will convert to THCV through decarboxylation, which occurs when cannabis is exposed to heat or sunlight. Further research is needed into THCVa properties but it may act as an anti-inflammatory and possibly help regulate the immune system10.